As part of the Unified Community Platform project, your wiki will be migrated to the new platform in the next few weeks. Read more here.

The Rift is the most southeastern of the nine Holds of Skyrim and part of the Ebonheart Pact. It is one of the four oldest holds in Skyrim, known collectively as Old Holds. The city of Riften is home to the Thieves Guild. 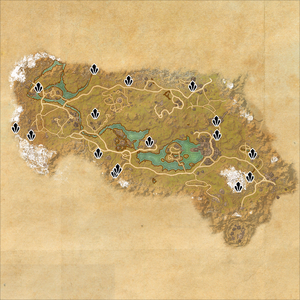 With special thanks to Garkin, who created the SkyShards v0.7 add-on!

There are 16 skyshards scattered around the Rift.